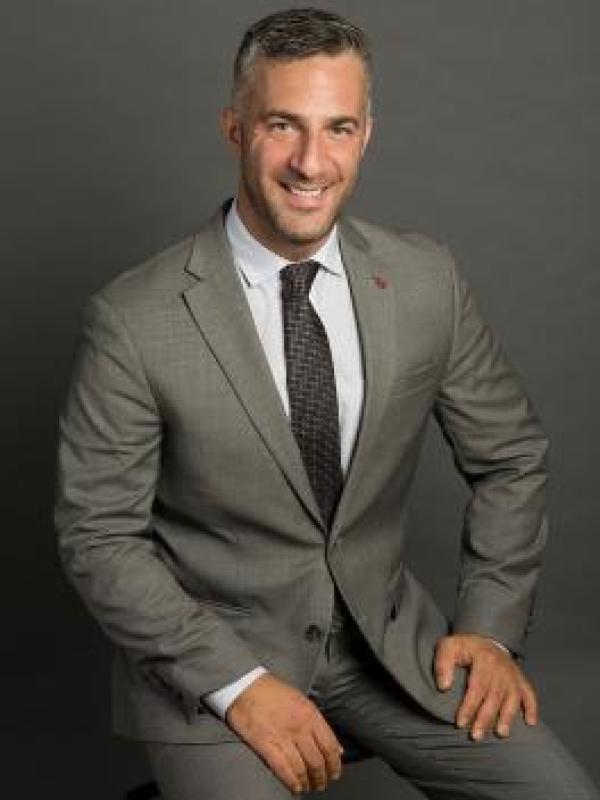 Director of the School of Music

During his time as Director of the School of Music, Ibrahim led the school through multiple transformational changes including numerous successful faculty and staff hires, the addition of several new programs and curricular changes, and significant improvements in the area of equity, diversity and inclusion. Ibrahim is not only committed to advancing the role of music in higher education, but also is passionate about improving access to music and music education for people of all backgrounds.

Praised by Saxophone Journal, “The listener is in for an exciting musical ride,” Ibrahim has performed throughout the US and internationally. As a saxophonist at the center of New York City's contemporary and experimental music scene, Ibrahim has worked with ensembles including Amp Music, Either/Or, Fireworks Ensemble, International Contemporary Ensemble, Manhattan Sinfonietta, PRISM Quartet, Red Light New Music, SEM Ensemble, and Wet Ink. His solo and chamber music performances have taken place in venues such as Carnegie Hall, Lincoln Center, Merkin Hall, Miller Theater, Symphony Space, and the Kitchen. He has won numerous competitions including the North American Saxophone Alliance Classical Artist Competition, the Eisenberg-Fried Concerto Competition for Woodwinds, the Coleman Chamber Music Competition, the MTNA Woodwind Collegiate Artist and Chamber Music Competitions, and a Darmstadt Performance Prize for Contemporary Music.

As a featured performer, Ibrahim has performed at the World Saxophone Congress (Strasbourg, France), the International Saxophone Symposium (Fairfax, Virginia), the Asia Pacific Saxophone Academy (Bangkok, Thailand) and at the SaxArt Festival (Faenza, Italy). His solo and chamber music recordings appear on the Cala, Carrier, Mint, Newfangled, Omninova, and Teal Creek Music labels. As an author, he published the book New Aesthetics in Contemporary Saxophone Music. Michael Ibrahim is a Conn-Selmer Artist and a D'Addario Performing Artist, and performs exclusively on Selmer Paris saxophones and D'Addario Reserve Classic reeds.

Born in Vancouver, Canada, Ibrahim studied at the University of Regina, the Université Européenne de Saxophone (France), and earned his Bachelor of Music degree with distinction from the University of Calgary, a Master of Music degree from Bowling Green State University, and his Doctor of Musical Arts from the Manhattan School of Music. Prior to his appointment at West Virginia University, he taught at Columbia University, the University of Calgary, and at Mount Royal University. At WVU, he has served on the Faculty Executive Senate, the Faculty Senate, Graduate Council, the Oversight Committee for the Employment of Foreign Nationals, the Faculty Welfare Committee, and as Chair of the Senate Committee for Research and Scholarship. Michael Ibrahim was awarded the Outstanding Teaching Award (2011), a Big XII Fellowship (2014), the Teaching with Technology Award (2015) and the Excellence in Research Award (2016).