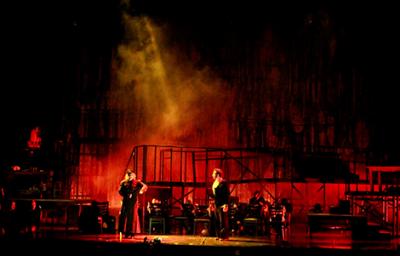 The Ohio State University Opera  Theatre performs a wide range of repertoire, from Baroque masques to Romantic operas to modern American musicals. The productions utilize students and faculty from the School of Music, the Department of Theatre and the Department of Dance, as well as additional collaborators from the wider professional world. The purpose of the program is to explore the future of the Opera Theatre genre by embracing the form's intrinsic interdisciplinary nature all the while focusing on a well-rounded "cross-trained" performer at its core. (Pictured: Sweeney Todd, Mershon Auditorium.) 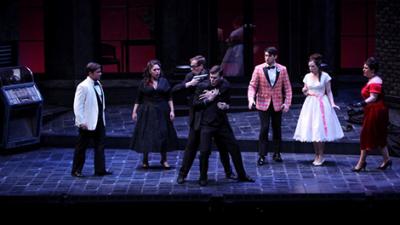 Each year, students perform in two fully-staged Opera Theatre works or occasional scenes programs in addition to thematic cabaret evenings. Performances take place in a variety of venues, ranging from the intimate 150-seat Barnett Theatre to the 2,500-seat Mershon Auditorium as well as other stages throughout the city, such as the Urban Arts Space and the historic Lincoln and Garden Theatres. These performances include collaborations with a wide range of musicians such as the Ohio State Symphony Orchestra or chamber and jazz ensembles. (Pictured: Don Giovanni, Drake Performance and Event Center. Photo by Matt Hazard.)

Opera Theatre presents "Love is a Plaintive Song," Oct. 29 and 30 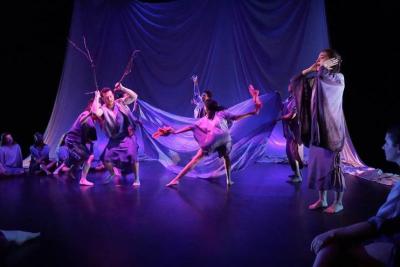 Auditions are open to both undergraduate and graduate students and all have equal opportunity to be cast in principal or secondary roles, the ensemble, or other ancillary participation. Through the Stage Techniques class, students also receive instruction in acting, movement, audition techniques, critical text and score analysis, stage combat and the overall business of the professional world. Guest artists are often invited to hold master classes and provide additional instruction throughout the year. Graduate assistantships are available for students at the master's and doctoral levels. (Pictured: Dido & Aeneas, 2016.) 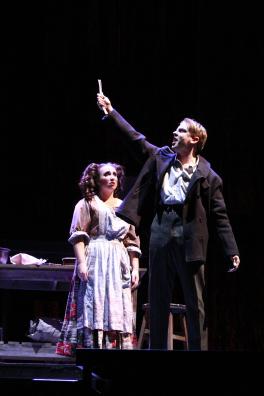 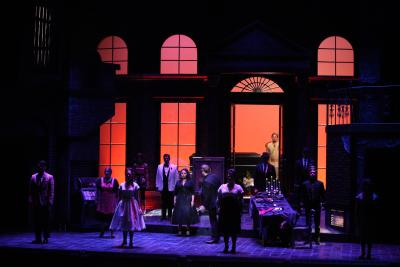