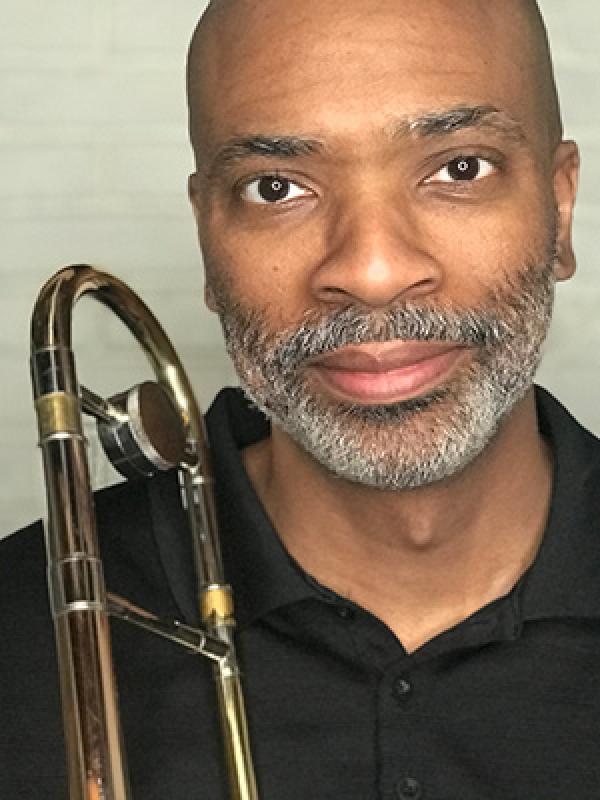 Chris Anderson is the founder of Open Tone Music, a non-profit 501c3 organization which provides access to premier music education and performance programming for all people. Through Open Tone Music he has reached thousands of individuals in the northern Ohio area. After studying music education at Baldwin Wallace University, where he received his bachelor's degree, Anderson went on to receive his Master of Music degree from The University of Akron. In addition to being a successful music educator, Anderson composes and performs numerous different styles of music. He has performed trombone with some of the best in the classical, jazz, gospel, Latin and other musical idioms. Anderson has had the pleasure of performing with such recording artists as Clark Terry, John Fedchock, Jiggs Whigham, Jon Faddis, Nancy Wilson, Frank Wess, Louie Bellson, Aretha Franklin, Al Green, Barry Manilow, Bobby Caldwell, The Dizzy Gillespie All-Star Band featuring Slide Hampton, Phil Woods, Antonio Hart and many others. Chris Anderson has also been heard on national and international radio and television including WCPN, BET and HBO. He is also in demand as a clinician, conducting music workshops for individuals of all ages throughout the United States, South Africa and India. Additionally, Anderson has displayed success in local and national solo competitions and can be heard featured on several CDs. More important than his accolades is his passion to help improve the lives of young people and their communities.