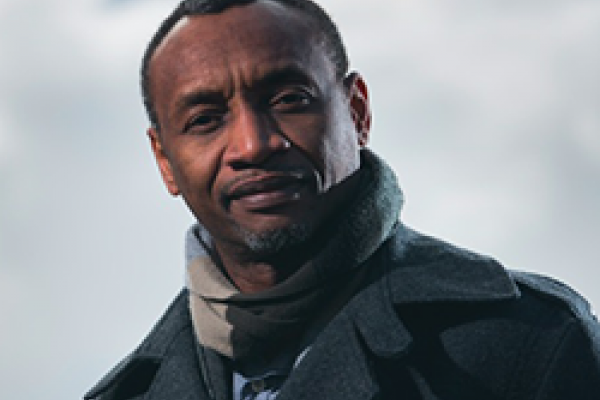 Conversation with filmmaker Dani Kouyaté and Professor Ryan Skinner: On the role and significance of music and sound in the cinematic oeuvre of Dani Kouyaté. Co-sponsored by the Global Mobility Project, Office of International Affairs, African American and African Studies, Comparative Studies, French and Italian, Ethnomusicology Program.

For this lecture, filmmaker Dani Kouyaté and ethnomusicologist Ryan Skinner sit down to discuss the sonic and musical dimensions of the West African filmmaker’s cinematic work. Kouyaté was born into a family of Mande bards and storytellers (jeliw) and is the son the late Sotigi Kouyaté, a path-breaking actor and musician in West Africa. Kouyaté brings this dual cultural heritage—theatrical and bardic—to bear on his work in film, which is replete with the musical legacies of his complex—traditional and modern—artistic birthright. Skinner and Kouyaté will present several examples from Kouyaté’s cinematic oeuvre and discuss their content and significance, as sonic artifacts of particular films and in relation to the filmmaker’s status and identity as a “cinematic griot.”

Dani Kouyaté is a director of film and theater, writer, actor, storyteller and musician, whose work spans three decades and deals broadly with questions of culture, society and identity at the interstices of Africa and Europe, tradition and modernity, past, present and future. Kouyaté was recently awarded the “Best Film by an African Abroad” prize at the 2017 African Movie Academy Awards Ceremony in Lagos, Nigeria for his 2016 film Medan Vi Lever ("While We Live"). 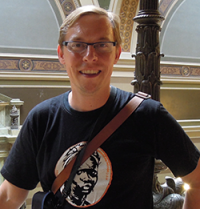 Ryan Skinner is an associate professor of ethnomusicology in the School of Music and the Department of African American and African Studies at The Ohio State University. Dr. Skinner’s research focuses on popular urbanism, ethics and aesthetics, cultural politics and economy, public piety, intellectual property, and new social movements in Africa and its diasporas.

NOTE: On Tuesday, September 26, there will be a screening of Kouyaté’s latest feature film, Medan Vi Lever ("While We Live"), at the Wexner Center for the Arts. The film tells the story of a modern Afro-Swedish family’s transnational experience, in which geographic and generational distances spanning two societies (Swedish and Gambian) shape the divergent worldviews of a single mother and her adolescent son. The screening starts at 7 p.m. and is free and open to the public.