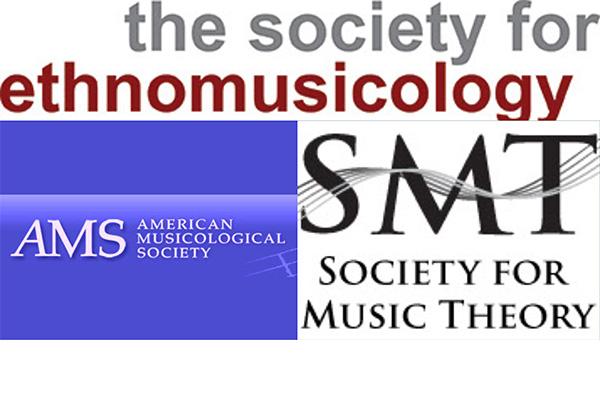 On November 10–13, the American Musicological Society (AMS), Society for Ethnomusicology (SEM) and the Society for Music Theory (SMT) held a joint “music mega-conference” in New Orleans, Louisiana. It is rare for these groups to meet together. This event represents an exceptional gathering of the three largest music studies societies in the United States, and a sharing of expertise across disciplinary boundaries. Three thousand people attended the meeting.

Eight graduate students and four faculty members from the musicology and music theory areas at Ohio State presented their work at the conference, highlighting the strength, quality and vitality of music research in the School of Music! There were also eight presentations from alumni of our programs.

“It was important for me to be on a panel with ethnomusicologists, for a conversation about global music history.” — Danielle Fosler-Lussier, professor, musicology

“I thought the conference was a really fruitful experience to see how my own and my colleagues' research fits into the larger narratives of the field and to develop new ideas and scholarship alongside those I am actively learning with.” — Larissa Mulder, PhD student, musicology

With twenty total presentations, this was a veritable tour de force of Ohio State music research!