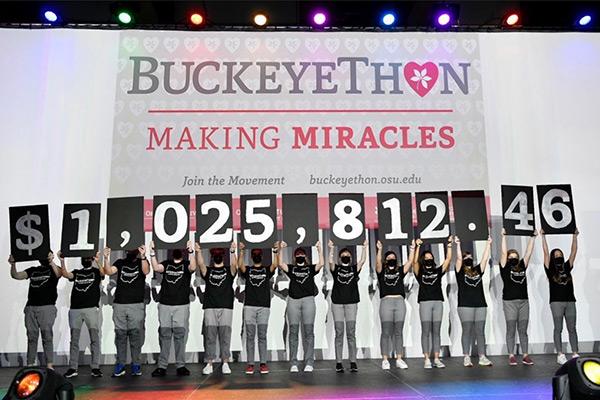 On Saturday, November 6, twenty-five members of the Men’s and Women’s Glee Clubs attended the 21st annual BuckeyeThon Dance Marathon. BuckeyeThon, the largest student-run philanthropy organization in the State of Ohio, raises funds for the hematology, oncology and bone marrow transplant units at Nationwide Children’s Hospital in Columbus. The main goal for BuckeyeThon is to help end pediatric cancer and give those young patients the chance to be a kid again. To help achieve this goal, Glee Club members individually raise a minimum of $250 to attend the Dance Marathon. This year’s event  was a fun 24-hour marathon which celebrates all the hard work that each fundraiser accomplished, and it gives everyone a chance to meet and interact with children who have fought cancer or are currently fighting it (pictured: smiling children holding signs displaying years "cancer free"). 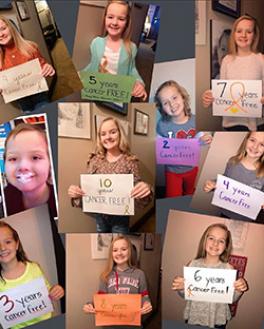 The Dance Marathon was scheduled earlier this year, but this did not deter anyone from fundraising. Although raising only $250 was necessary to attend the Dance Marathon, 16 members raised more than that; two members of Men’s Glee Club even raised over $1,000 by themselves. Against all odds, the members of Men’s and Women’s Glee Clubs came together to raise $9,617 for all the families in need at Nationwide Children’s Hospital. Even with the crazy circumstances that we are all experiencing, BuckeyeThon raised $1,025,812 for Nationwide Children’s Hospital solely from the Dance Marathon.

Members of Men’s Glee Club follow four rules: show up, pay attention, tell the truth, and don’t be tied to the outcome. We emphasize that the fourth rule, don’t be tied to the outcome, is the most important because of the many aspects of life it can affect. This rule essentially enforces us to do the right thing — even if we do not gain anything from it — and raising money for BuckeyeThon is a perfect example of that. Fundraising is a completely selfless act, where the philanthropist gains nothing by donating money. Everyone who joined the team this year knew that they would not personally gain anything from it, but they chose to spend their time and money anyway, because they know that the funds are going to children and families in need. Pediatric cancer is the leading cause of death by disease in American children, with 43 more children diagnosed with it each day. However, with the help of the philanthropists in both Glee Clubs, we will someday find the cure for cancer and put an end to this disease. This team hopes to continue to grow and raise more money every year, and we hope to achieve this goal through the support of all the current and past members of the Ohio State Men’s Glee Club. 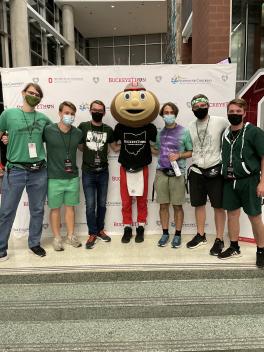 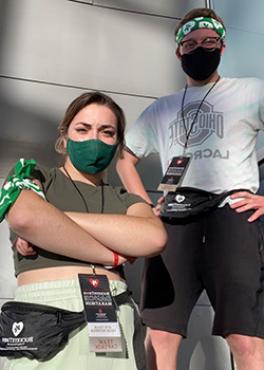