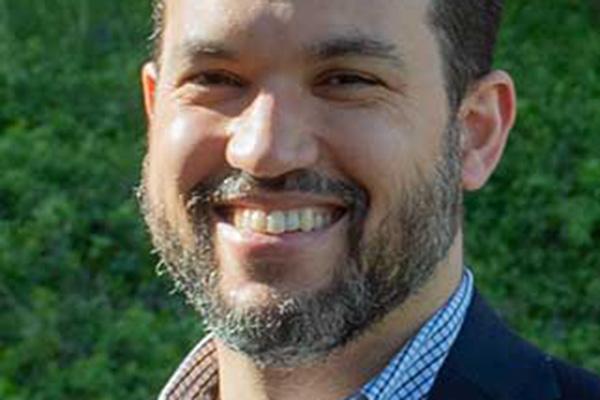 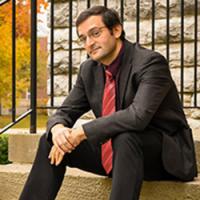 This event is free and open to the public. No ticket required.

Brazilian baritone André Campelo (above) and Ukrainian-American pianist Tony Weinstein (at left) have enjoyed performing together for nearly six years. Having found a degree of communication and depth in working on Romantic Lieder, André and Tony have collaborated on Schubert’s Winterreise and other song cycles including Schumann’s Dichterliebe, Eichendorff's Liederkreis op. 39, and a Liederabend comprised of Brahms songs, in addition to many other art songs and arias in English, French, Spanish and Portuguese. They have recently appeared at the University of Kentucky and Indiana State University, in addition to headlining at DePauw University’s Brahmsfest. This season, they will be performing in Indiana, Ohio, West Virginia, Tennessee, California and Florida.

André Campelo is increasingly recognized for his abilities—as both a singer and as an actor—in a wide range of musical genres, from madrigal to opera, and art song to oratorio. He is an enthusiastic recitalist and oratorio performer and is often featured as a soloist in performances of works such as Beethoven’s 9th Symphony, Mozart’s Requiem, Fauré’s Requiem, and in Bach’s B minor Mass, Christmas Oratorio, and Magnificat. Read more at the DePauw University website.

Tony Weinstein just returned to his alma mater, Oberlin Conservatory, as a visiting assistant professor. He earned two bachelor's degrees in Oberlin's double degree program — a BM in piano performance and a BA in pure mathematics with honors. He was then awarded three degrees by the Jacobs School of Music at Indiana University — a Master of Music, performance diploma, and Doctor of Music with distinction.

Weinstein often performs with his sister, mezzo-soprano Yana Weinstein, as well as with baritone André Campelo. For several years, he has been involved in a project of performances, translations and IPA transcriptions of the songs of Nikolai Medtner. He was the organizing force behind DePauw University's BrahmsFest, a multi-year exploration of the chamber and solo piano works of Johannes Brahms.

His principal teachers have included Luba Edlina-Dubinsky at Indiana University, Sedmara Rutstein and Haewon Song at Oberlin Conservatory, and Derison Duarte at Cincinnati’s School for Creative and Performing Arts. He has also studied song repertoire with Roger Vignoles.

The Timashev Recital Hall is located on the ground floor, at the far north end of the building.