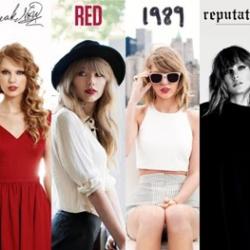 Taylor Swift rose to fame as a young country artist toeing the line between country and pop. In 2014, however, she made a deliberately abrupt departure from country music with the release of her fifth studio album 1989. Swift’s departure from the country industry with 1989 was perceived by many as unexpected even though her previous albums such as Speak Now (2010) and Red (2012) suggest a leaning toward pop music. Looking at the mid-point of her career to date, this presentation focuses on Swift’s transition from country to pop music. Through analysis of music, concert performances and audience reception, the speaker argues that Swift’s musical transition from country to pop mirrors her public-facing transition from teenage star to adulthood. For Swift, this move toward adulthood meant leveraging specific forms of white feminism that help support white women within the music industry, and country music specifically, at the expense of an intersectional approach toward gender and racial equity. Phoebe Hughes argues that Swift’s career, music and reception show clearly the gendered and racialized boundaries of country music, illuminating one way to understand the careers of subsequent female country stars who walk the line between pop and country.

Registrants will receive an email with the Zoom meeting link.

If you require an accommodation to participate in this meeting, please email the event host, Dr. Danielle Fosler-Lussier (fosler-lussier.2@osu.edu). Requests made two weeks before an event will generally allow us to provide seamless access, but the university will make every effort to meet all requests. 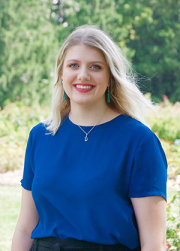 Phoebe Hughes is a PhD candidate in musicology at The Ohio State University. Her research interests include gender, sexuality, identity, and genre in country and other popular musics. She has specific interest in the relationship of music to current politics and society in the United States. Her work has been presented at the International Association of Popular Music Studies – US Branch, the International Country Music Conference, and the Allegheny Chapter Meeting of the American Musicological Society. Ms. Hughes holds degrees in music and history from Northern Arizona University, and an MA in musicology from West Virginia University.

Taylor Swift over the years, now with folklore