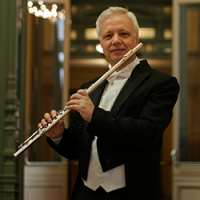 Mazzitelli is dedicated to the dissemination of Argentine music in his own country and abroad. He is a member of the new music ensemble Grupo Encuentros de Música Contemporánea which has performed in Argentina, Chile, España, Francia, Italia, Alemania, Austria, Suiza, Holanda, Polonia, Armenia and Estonia. As a member of the ensemble, he was named Peace Ambassador by the Mil Milenios de Paz Foundation in 2014.

Mazzitelli is regularly invited to participate in festivals and serve as adjudicator at international flute competitions. In 2015, he was an adjudicator at the XVII l Concurso Nacional “Enrico Zangarelli” in Citta di Castello, Italy, and taught master classes at the DIMA Doremi International Music Academy in Arezzo, Italy. In 2016, he performed at the Festival “Siete noches” organized by the conservatory Bruno Maderna (Cesena, Italy), and his performance in Laureana de Borrello was televised for the entire region of Calabria. He participates regularly in the Spring Music Festival organized by the Conservatory of Cesena, Italy. In 2016, he was awarded honorific membership into the Associazione Culturale Musicale Intercomunale Mtro. Paolo Ragone. 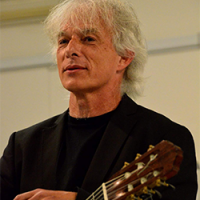 OMAR CYRULNIK is chair and professor of guitar and chamber music at the Department of Music, National University of the Arts and at the Conservatory Manuel de Falla of Buenos Aires where is also teaches contemporary music. He is the director of the Summer School of Music, Sierra de la Ventana/Argentina, and the DIMA Academy of Music in Arezzo, Italy. Previously he was the director of CETC, Teatro Colón of Buenos Aires; artistic director of 7 Noches Festival (Cesena, Italy) and the Rosetto della Musica San Pancrazio (Tuscany, Italy).

Reviews
"Omar Cyrulnik is a musician with a formidable technique and a profound romantic sensibility."
—The Sydney Morning Herald
"Some great teacher once said that music is all that happens between note and note. Omar Cyrulnik, guitarist, seems to bring that vision to its ultimate consequences."
—Clarin. Buenos Aires
"Omar Cyrulnik played with energy and dynamism when necessary and may also appeal to the technical sensitivity if required. His versions of works by Argentine and Brouwer are simply excellent. Delicious from start to finish."
—London Classical Guitar Magazine 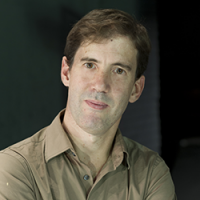 PABLO POLLITZER, singer and conductor, is a voice teacher at the National University of Arts and at the Manuel de Falla Conservatory in Buenos Aires. He graduated from the National University of Arts in Buenos Aires (Argentina) and in the Instituto Superior de Arte  from the Teatro Colón. He is the musical director of the Compañía Enhorabuena. He extensively studied the baroque and classical repertoire in Argentina, Italy, Switzerland and Germany. Pollitzer sings opera, oratories and chamber music.

Pollitzer has sung in Spain, France, Italy, Germany, Switzerland, Belgium, Holland, Finland, Estonia, Brazil, Uruguay, Chile, Bolivia, Paraguay, Ecuador, Peru and Mexico. He sang also with the Chamber Opera of the Teatro Colón, K. Weil's Mahagonny songspiel and Leos Janacek's The diary of one who disappeared in Buenos Aires, Chile and Mexico. Additionally, he sang a principal role in Britten's The mad women with the company Lirica Lado B. and in the show Non ti scordar di me with the Compañía Enhorabuena.

He directed Pergolesi's Stabat Mater in the San Benito Church; in 2016 he directed Pasquini's La sete di Cristo in the Sacra Music series in San Isidro and in the CCK's Argentina Hall. In 2017 he sang in Carissimi's oratorios Jonas and Jephte in the production “Carissimi, territory of sacrifice” for the same cycles. 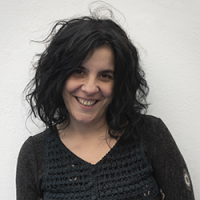 BEA ODORIZ is a professor of acting and scenic director of Concerts and Audiovisual Language at the National University of the Arts in Argentina. She directs the opera company at the same university. A graduate of the Institute of the Colón Theater in Buenos Aires (Régie Program), Odoriz has trained as an actress and playwright in Argentina and Spain. She has directed the staging of Pergolesi's Il Maestro di Musica, Purcell's Dido and Aeneas, Gluck's Ifigenie en Tauride, Rameau's Castor et Pollux, Menotti's Amahl and the Night Visitors, Monteverdi's Il Vespro, Mozart's Die Zauberflöte, Marta Lambertini's Cenicientaa!, Rossini's La scala di seta, and she has directed the staging of the premieres in Argentina of Charpentier's David et Jonathas and Pergolesi's La serva padrona. 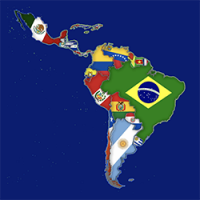 In celebration of National Hispanic Heritage Month (Sept. 15–Oct. 15), the Ohio State School of Music and the Organization of Hispanic/Latino Faculty and Staff proudly present a series of concerts and musical experiences that highlight the culture of Latin America.

These events are free and open to the public, unless otherwise noted.

Thank you to our sponsors
Center for Latin American Studies • Department of Spanish and Portuguese • Office of Outreach and Engagement • The Ohio Arts Council • The Ohio State University, Newark campus