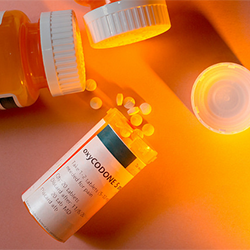 Travis Stimeling, West Virginia University, presents “'Maybe If I’d Stayed': Appalachian Outmigration, Narratives of Loss, and Nate May’s Dust in the Bottomland." This lecture is co-sponsored by University Libraries and the Center for Folklore Studies.

The New York Times has called the opioid epidemic “the deadliest drug crisis in American history” (Katz, 2017). Claiming the lives of thousands of Americans each year, the opioid epidemic has been the subject of extensive public policy debate and legislative action at the local, state and federal levels; it has been cited as a leading factor in the decreasing mental, physical and economic health of people throughout the United States and Canada. Every day, in this epidemic-in-progress, families are losing loved ones, communities are becoming divided over how best to address the crisis, and people of all socioeconomic backgrounds and generations are being affected. Yet, perhaps more than any other region of the United States, Appalachian Ohio, Kentucky and West Virginia—a region with a long and complicated history of economic, cultural and environmental exploitation—have become the geographic epicenter of the crisis.

Using composer Nate May’s (b. 1987) monodrama Dust in the Bottomland (2013) as a lens, this talk seeks to explore the ways that narratives of loss have pervaded the discourse around the opioid crisis in Appalachia and to historicize those narratives within the broader history of post-World War II Appalachian outmigration. Dust in the Bottomland focuses on the perspective of a young man who must return to his childhood home in West Virginia when his sister overdoses on opioids. Using perspectives drawn from sound studies, this talk considers the role of silence, space and noise in both the text (which May composed) and its musical setting, and suggests that these characteristics might also be fruitfully extended as a way of understanding the effects of outmigration and the opioid crisis. Moreover, ethnographic evidence drawn from interviews with the composer will shed light on the work’s reception—particularly within Appalachia—and will help to situate this musico-dramatic work within the context of the communities it attempts to speak for. This talk suggests that Dust in the Bottomland might help us listen more carefully and more compassionately to the people who are feeling the impacts of the opioid crisis most directly, and to consider the many different forms of loss and absence that are present in the lives of individuals and communities hardest hit by the epidemic. 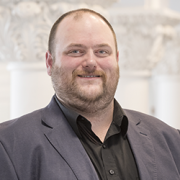 Travis D. Stimeling is an associate professor of musicology at West Virginia University, where he also serves as the director of the WVU Bluegrass and Old-Time Bands. He is the author, co-author or editor of several books, including most recently The Country Music Reader (Oxford UP, 2014), The Oxford Handbook of Country Music (Oxford UP, 2017), Fifty Cents and a Box Top: The Creative Life of Nashville Session Musician Charlie McCoy (with Charlie McCoy, West Virginia University Press, 2017), and Songwriting in Contemporary West Virginia: Profiles and Reflections (West Virginia University Press, 2018). He is currently working on two book projects — Nashville Cats: Record Production in Music City, USA, 1945–1975 (for which he received an NEH Fellowship in 2017–18) and an edited collection, Opioid Aesthetics: Expressive Culture in an Age of Addiction. As an editor, he currently serves as the book review editor for the Journal of the Society for American Music and as series editor for West Virginia University Press’s “Sounding Appalachia” series; he previously served as a senior editor for The Grove Dictionary of American Music, 2nd ed. A passionate and tireless advocate for the Mountain State, he serves as a board member for the West Virginia Music Hall of Fame, and in 2018 he was named one of the State Journal’s “40 Under 40” in West Virginia.