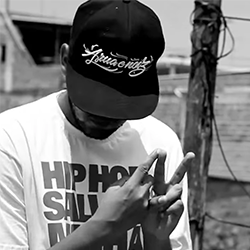 Who has the right to the city? Who has the right to citizenship? Though on the surface simple questions, they represent centuries-old tensions that still linger from times of slavery and colonization. Brazilian hip-hoppers work against this tide in Brazil, trying to foster space for themselves and others like them, by criticizing racism, classism and sexism as processes that exclude. The 1988 Brazilian Constitution explicitly states that marginalization and discrimination of any kind shall not be allowed. And yet, thirty years later, exclusion is still the order, marking a lack of progress and a depth of marginality that is built into society and into the cities. In this presentation, McLaughlin will trace the history of hip-hop in Brazil, briefly detailing its arrival and early development. He will then focus on the current generation of emcees as well as a few other important figures who have helped build hip-hop into a space and community that pushes against marginalization and aims to access points of citizenship as defined by the Brazilian Constitution of 1988. Through analysis of performance, lyrics, the circulation and performance of the body throughout the city and internationally, and other elements of their cultural production, this talk will examine how black and poor Brazilians use hip-hop to insert their rights to a city that has forever grown by pushing the poorer sectors further and further from the center, and to a citizenship and national imaginary and identity that claim to not exclude. In the latter part of the talk, McLaughlin will examine how hip-hoppers — rather than seek to gain individual wealth — are more interested in building equity and equality within and outside of Brazil, symbolic of a society they would prefer to see and one for which they are working. 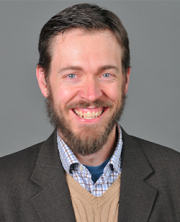 Dave McLaughlin’s research focuses on hip-hop in Brazil and Cuba, as well as more broadly on Latin-American and Luso-Brazilian Cultural and Literary Studies. He just completed the Mellon Foundation/Five Colleges of Ohio Post-Doctoral Fellowship, a program created through The Ohio State University and the Five Colleges of Ohio to enhance language offerings on those campuses and offer new experiences to recent Ohio State PhDs. McLaughlin taught Portuguese and Latin-American and Caribbean Studies at Denison University while developing several articles and beginning the transformation of his dissertation into a book. He has taught at Hampton University and Rutgers University and is presently a lecturer in the Department of Spanish and Portuguese at Ohio State.