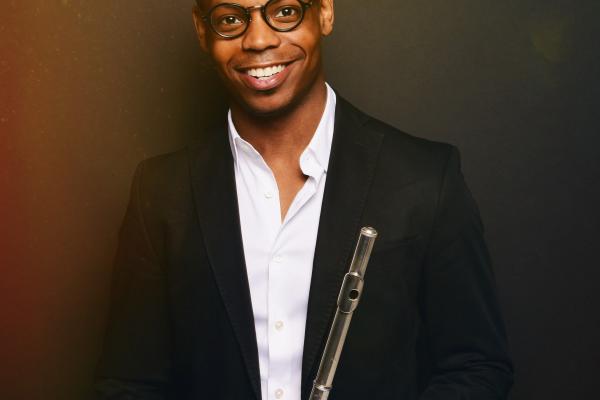 This event is free and open to the public.

Brandon Patrick George is the flutist of the Grammy®-nominated Imani Winds, and has performed with many of  the world’s leading ensembles including the Los Angeles Philharmonic, Pittsburgh Symphony Orchestra, the Orpheus Chamber Orchestra and the International Contemporary Ensemble (ICE). He has appeared at Alice Tully Hall, Carnegie Hall, Elbphilharmonie, the Kennedy Center, Metropolitan Museum of Art, Prague Spring Festival, and is a frequent recital artist at Bargemusic in New York. An avid chamber musician, Brandon has collaborated with members of the New York Philharmonic, the Jasper String Quartet, and has performed live on New York's WQXR with harpist Bridget Kibbey. He has been praised by The New York Times for his “elegant” playing, hailed as a “virtuoso” by The Washington Post, and called a “knockout musician with a gorgeous sound” by The Philadelphia Inquirer.

With the LA Philharmonic, George has performed at Walt Disney Concert Hall and at the Hollywood Bowl, under many conductors including Music Director Gustavo Dudamel, Karina Canellakis, Ludovic Morlot and John Williams. Brandon has toured the U.S. and Europe with ICE, appearing at the Brooklyn Academy of Music (BAM), Museum of Contemporary Art (Chicago), Park Avenue Armory (NYC), and the Huddersfield Contemporary Music Festival in England. His live performances with ICE have been heard worldwide on BBC Radio 3. He has performed as a concerto soloist with the Atlanta Symphony under Robert Spano, Albany Symphony, American Composers Orchestra, among others. Brandon's debut album featuring works by Aho, Bach,  Boulez and Prokofiev will be released by Haenssler Classics in the spring.

Committed to mentoring the next generation of musicians, George has taught at the Curtis Institute of Music, serving on the chamber music faculty of the Summerfest, and is on the flute faculty at Hofstra University in New York. Brandon has led master classes at many conservatories and universities including Curtis, Oberlin, University of Michigan, Lawrence University, and the University of Wisconsin.

Brandon George is a graduate of the Oberlin Conservatory of Music at Oberlin College. While at Oberlin, he studied abroad in France at the Conservatoire de Paris. He received his Master of Music degree from the Manhattan School of Music, and was winner of the Concerto Competition. 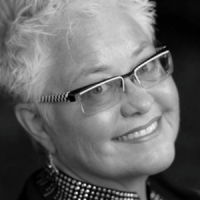 DIANNE FRAZER is recognized globally as a premiere collaborative pianist. Known for her wit and style on and off stage, she “exudes an energy and an excitement that is both irresistible and endearing.” She has performed with a “who’s who” of international artists, and has performed at Weill Recital Hall in Carnegie Hall, Avery Fisher Hall and Merkin Hall. Dianne is on the faculty at Louisiana State University, is pianist for the National Flute Association, International Society of Bassists, World Bass Festival (Poland), the MTNA Southern Division, and has performed at the Oberstdorf Music Festival (Germany), ISI Florence (Italy), Bradetich International Double Bass Competition, International Hornists Society, International Trumpet Guild, North American Saxophone Alliance and the International Clarinet Association conventions. Dianne holds two performance degrees, was a two-time Fischoff finalist, and was an adjudicator for the prestigious Dranoff International Two Piano Competition.