Leadership from the Podium: Music Directors as Agents of Change 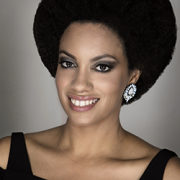 Brittney Boykin (B. E. Boykin) is a native of Alexandria, Virginia. After graduating from Spelman College in 2011 with a Bachelor of Arts in Music (piano concentration), Ms. Boykin continued her studies at Westminster Choir College of Rider University in Princeton, New Jersey. She continued to compose music during her time at Westminster and was awarded the R & R Young Composition Prize just a few months shy of graduating. In May 2013, Ms. Boykin graduated from Westminster Choir College with a Master of Music in Sacred Music with a concentration in choral studies.

Among her professional endeavors, Ms. Boykin has also been featured as the conductor/composer-in-residence for the 2017 Harry T. Burleigh Commemorative Spiritual Festival at Tennessee State University. Ms. Boykin’s instrumental and choral works are currently being published and distributed through her own publishing company, Klavia Press. She is currently pursuing a PhD, with emphasis on music education, at Georgia State University. Read more 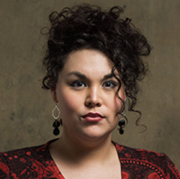 Award-winning composer and singer Mari Esabel Valverde has been commissioned by the American Choral Directors Association, Texas Music Educators Association, Seattle Men’s and Women’s Choruses, and Boston Choral Ensemble among others and has appeared with Dallas Chamber Choir, Vox Humana, and EXIGENCE (Detroit). She was a featured composer at the 2016 Gay and Lesbian Association of Choruses Festival, where her “Our Phoenix” was premièred by six collective ensembles from the United States and Canada. Her works are published by earthsongs and Walton Music and self-published.

Fluent in Spanish and French, Ms. Valverde actively studies Brazilian Portuguese and Swedish. She has translated numerous vocal works and documents including a phonetic guide of Ravel’s opera L’Enfant et les Sortilèges. Based in North Texas, she has taught voice at the high school level for over five years. Her former students —  many of whom have participated in All-State Choirs and Solo Competition — are represented in over a dozen collegiate programs.

Mari Valverde holds degrees from St. Olaf College, the European American Musical Alliance (Paris, France) and the San Francisco Conservatory of Music. She is a member of the American Choral Directors Association; the American Composers Forum; and the American Society of Composers, Authors and Publishers (ASCAP). Read more 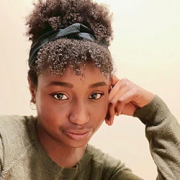 Mattea Williams is a California-based composer from the Bay area. She received her bachelor’s degree in composition from the Baldwin Wallace Conservatory and is currently pursuing her master’s degree in composition from the University of Texas–Austin Butler School of Music. Williams often experiments with using a combination of extended techniques and found objects or auxiliary instruments in her music to recreate sounds found in nature. Her compositions can be recognized by their unique, colorful sound worlds, rhythmic complexities and creative storytelling on themes such as magic, empowerment and adventure. Williams enjoys composing pieces for all difficulty levels and ensembles.

Leadership from the Podium: Music Directors as Agents of Change ***CANCELED***