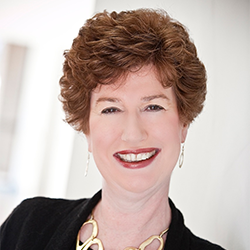 10:00–11:00 a.m.
Workshop Session 1: Classical Piano Teaching Literature: Outside the Box
The purpose of this session is to enrich literature possibilities to keep the student feeling motivated. Works will be discussed by level and period.

11:30 a.m.–12:30 p.m.
Workshop Session 2: Motivation in Piano Study and Performance
This session focuses on motivating students; subtopics include mindsets, competency, research on motivation, methods of giving feedback, the perils of over-praising, and the importance of having fun. Video segments illuminate the discussion.

JANE MAGRATH is well-known as an author, clinician and pianist. Her book The Pianist's Guide to Standard Teaching and Performance Literature has become a classic reference work for pianists throughout the country, and Magrath's work in the area of the standard classical teaching literature has been central to the current revival of interest in this music throughout the U.S.

During the last forty years, she has performed and taught in most of the fifty states and on four continents. She has written and edited over fifty volumes of piano literature for Alfred Music. Her classical series include Masterwork Classics, Encore, Masterpieces with Flair, Melodious Masterpieces, Sonatina Masterworks, Modern Masterworks, Classics Alive, Audition Repertoire for the Intermediate Student, and Audition Repertoire for the Advancing Student series. Her most recent series are the three volumes each of Bach, Mozart and Beethoven for Students and Burgmüller, Heller and Schumann for Students. Magrath is co-author with E. L. Lancaster and Gayle Kowalchyk on the ten-volume Masterwork Classics Duets series.

A native of South Carolina, Magrath received her education at the University of North Carolina at Chapel Hill and at Wesleyan College, and was the first person to receive the DMA in Piano Performance and Pedagogy from Northwestern University. She was named Regents’ Professor and held the Grant Endowed Chair in Piano at the University of Oklahoma where she also was Director of Piano Pedagogy and McCasland Presidential Professor. In addition, she was named Rothbaum Presidential Professor in the Arts at OU.

Magrath was inducted into the Oklahoma Heritage Higher Education Hall of Fame in 2016. She received the MTNA Achievement Award — MTNA’s highest honor — and a Lifetime Achievement Award from the National Conference on Keyboard Pedagogy in 2019.  Her students have been placed in university and college teaching positions throughout the country as well as in independent piano studios. She currently resides in Norman, Oklahoma.