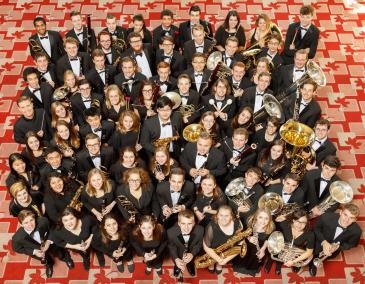 Under the direction of Associate Director of Bands Dr. Scott A. Jones, the Ohio State Symphonic Band has earned an enviable reputation through performances for the College Band Directors National Association, the Ohio Music Education Association, the Midwest International Band and Orchestra Clinic, the Ohio State Contemporary Music Festival, on tour, and through its recordings.

The Symphonic Band is comprised of approximately 65 instrumentalists, most of whom are undergraduate and graduate music majors. A registered Student Organization at Ohio State, the ensemble is led by a Student Board elected from the membership of the ensemble. Membership is open through auditions to all Ohio State University students.