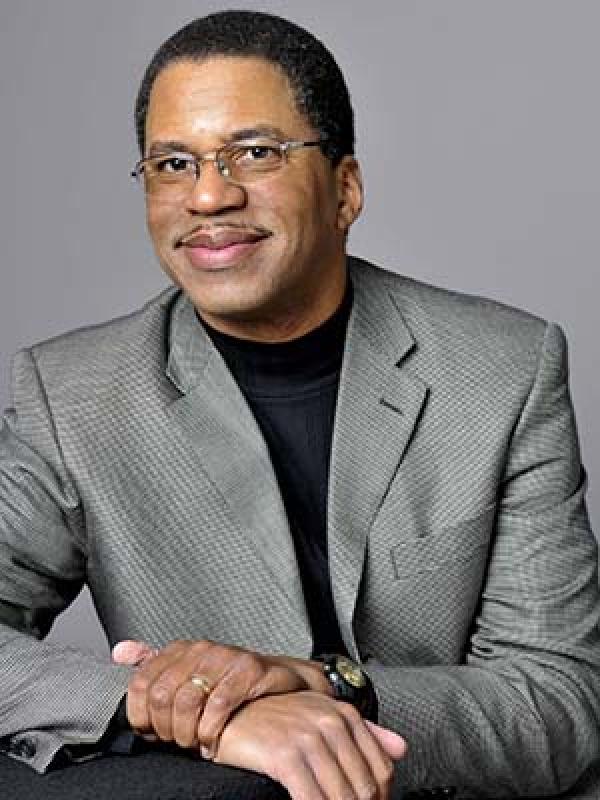 Michael Smith has led an adventurous musical life. He has played drums in numerous jazz, soul, rock, country and polka bands; performed as a jazz, rock and classical vocalist and as an orchestral percussionist, and conducted in New York’s famed Carnegie Hall. Smith has been a music educator for 40 years, with experiences teaching at every level from kindergarten through university. Smith developed the history of rock and roll curriculum that is now being utilized in the Poudre School District in Fort Collins, Colorado, and he specializes in working with school districts looking to integrate music and non-music curricula.

A Chicago native, Smith began his teaching career in the Chicago Public Schools, where he was an itinerant band and orchestra director. During that time he was also an instructor with the Mount Prospect Imperials Drum and Bugle Corps. From there he moved to central Illinois, where he served as the junior high and high school band director for the Georgetown-Ridge Farm schools. In Smith’s five years at G-RF, his concert and marching bands were regularly recognized for their excellence. After moving to Colorado to complete his graduate studies, Smith began a long tenure as director of bands at Fort Collins High School, where he conducted the marching, symphonic and concert bands, three jazz ensembles; he also taught beginning guitar and music theory, and developed one of the first history of rock and roll classes in the nation. During his time at FCHS, Smith commissioned and premiered numerous new works for symphonic and jazz bands. Doctoral studies followed, which led to a faculty position at University of Northern Colorado, where he taught music theory, aural skills, arts education courses, and the history of rock and roll, as well as serving as the director of the UNC Bear Necessities Basketball Band.

As a performer and a conductor, Smith has had experiences that cover the entire spectrum of music. He has played drums with saxophone legend Von Freeman, trombone great Fred Wesley, multi-instrumentalist/composer and co-founder of the jazz collective AACM Phil Cohran, and modern trumpet master Hugh Ragin, as well as his own group, The Mike Smith Quartet, as well as numerous other jazz and salsa ensembles. His concert percussion experiences include performances with the Cheyenne Symphony Orchestra, the Fort Collins Symphony, and the Fort Collins Wind Symphony. Smith has been a featured guest conductor with the Greeley Philharmonic Orchestra, and he has guest conducted junior high and high school honor bands in Illinois and Colorado. His performances in the world of soul music and rock and roll are too numerous to list. Mike Smith has also been an adjudicator and clinician for jazz festivals in Colorado, Ohio, Idaho, and Nebraska, as well as judging numerous concert and marching band contests and festivals.

Smith has completed his manuscript, entitled The Hustler, The Country Preacher, and the Watermelon Man: Popular Jazz in 1960s Black America, and it is under publisher's review. He has presented lectures for the National Council for the Social Studies Annual Convention, the Colorado Music Educators Association Convention, the International Conference on the Blues, the Ohio Music Educators Association Convention, and the University of Northern Colorado’s Center for Integrated Studies Annual Summer Institute, as well as workshops on arts integration for numerous school districts throughout the state of Colorado. He enjoys presenting workshops and lectures on American music history in general, jazz and American popular music in particular, as well as arts integration for non-arts educators.