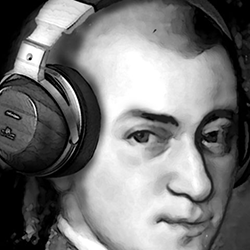 Presenting an adventuresome concert of new acoustic, electroacoustic, audience-interactive and experimental music. The New Music Collective, founded in 2009, has presented numerous concerts on- and off-campus, including numerous premieres by local and nationally-recognized composers, such as David Lang. Per Bloland, internationally-recognized composer and professor of music at Miami University (Oxford, OH), will be in attendance for this concert which features his Solis Overture.

The program includes an interactive work for laptop orchestra, entitled Mozart and the Elections, a tragicomic piece on the state of American democracy through the lenses of Mozart’s Musical Dice Game. Each player obsessively votes as fast as they can to elect the next portion of the Mozart from a pool of candidate measures. From time to time players vote on referenda that affect the development of the piece.

Additional selections: Pierre Henry's Apocalypse de Jean, a tribute to this important electroacoustic-music pioneer, who passed away earlier this year; Seth Schafer's Law of Fives for viola, marimba and bass clarinet, with computer-generated sound—a work that requires the performers to sight-read music as it is algorithmically generated on computer screens during the performance.

Pre-concert event at 7:30 p.m. invites audience participation during performance of a new electroacoustic work by doctoral student composer James MacDonald; tweets from the audience control the progress and direction of the piece.