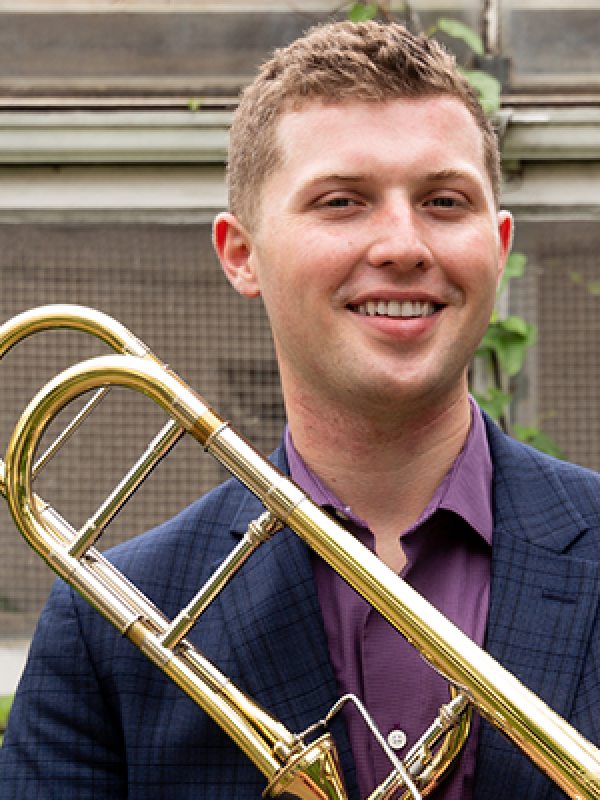 Performer, educator and clinician, Dr. Sterling Tanner is trombone assistant professor of practice at The Ohio State University. In addition to leading trombone activities at Ohio State, Tanner coaches chamber music and serves as the faculty advisor for The Buckeye Trombone Association.

An S. E. Shires Performing Artist, Sterling Tanner has appeared as a soloist throughout the United States and abroad, including performances in Hong Kong and Valencia, Spain. Tanner was appointed principal trombonist of Project Opera Columbus in 2020, and is a member of the Ohio Trombone Consortium, a group consisting of collegiate trombone professors across Ohio who were invited to perform at the 2020 International Trombone Festival in Osaka, Japan. He also performs each summer with the Professors Choir at the Southeast Trombone Symposium in Columbus, GA.

A native of Birmingham, Alabama, Sterling Tanner earned his bachelor’s degree in music education from Columbus State University (GA). He holds both MM and DMA degrees in trombone performance from the University of Texas at Austin. His teachers include Bradley Palmer and Nathaniel Brickens. Tanner currently holds memberships with the American Federation of Musicians, the International Trombone Association, Ohio Music Educators Association, Phi Mu Alpha Sinfonia, and the National Association of Music Education.